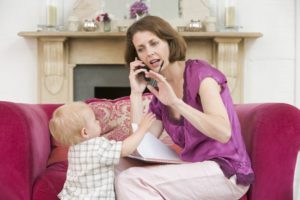 The “right of first refusal” or “right of first care” is a common provision in child custody and parenting agreements. In its most basic form, the right of first refusal means that when one parent needs child care, he or she must offer the other parent the opportunity to care for the child before contacting a babysitter or another family member to provide the care. While this seems like a reasonable provision in most cases, it may not be appropriate in some cases for a number of different reasons.

The experienced child custody and parenting time lawyers at Argentino Family Law & Child Advocacy, LLC, are eager to answer your questions and help you understand how the right of first refusal works under New Jersey law. As your attorneys, our focus is on how to best represent you in your case and work toward your desired goals. We have handled countless child custody, divorce, and family law proceedings over the years, and we know how to assist you in reaching the best possible outcome in your case. Call our offices today at (973) 868-0958 and learn how we can help you with your New Jersey custody and parenting time case.