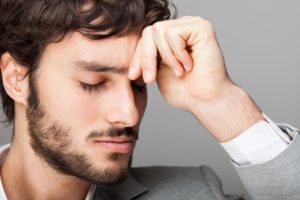 While most divorce or child custody cases do not involve any type of abuse, there are cases where a parent or child makes accusations of sexual abuse against the other parent. Allegations such as these make family law cases far more complex. There often is no clear evidence of sexual abuse in young children, but the inclination of the judge and any professionals involved may be to protect the child when these accusations arise. Unfortunately, allegations of sexual abuse that arise in the context of divorce and child custody proceedings also could be fabricated by one parent in order to gain an advantage in a custody fight. False allegations of sexual abuse can be extremely damaging to the parent-child relationship, even if no abuse actually occurred, and can also ultimately result in severe consequences if the reporting parent is actually fabricating the information.

In fact, New Jersey law recognizes the right of a parent to sue the other parent for compensation on the basis of parental alienation, at least in extreme situations where a parent has made intentional and false allegations of sexual abuse of the child by the other parent. Segal v. Lynch, 413 N.J.Super. 171(App. Div. 2010). According to the court in that case, falsely accusing a parent of the sexual abuse of his or her child is so despicable and injurious to the parent-child relationship that public policy requires a means for the falsely accused parent to seek legal recourse against the other parent.

On the other hand, allegations of sexual abuse of a child virtually can strip a parent of his or her rights to spend time or have any contact with the child, if a court determines that abuse actually has occurred. In these cases, family law judges faced with custody disputes may rely on the investigation and findings of the Division of Protection and Permanency (DCPP), which is New Jersey’s child protection agency, in substantiating abuse. DCPP typically will become involved in any family law cases involving allegations of sexual abuse of a child. There also may be criminal prosecution for a parent who has abused a child. All of these factors can make cases involving allegations of child sexual abuse extremely complicated.

Whether your goal is to protect your child from suspected abuse or combat false allegations of abuse, the New Jersey child custody lawyers at Argentino Family Law & Child Advocacy, LLC, are eager to answer your questions and help you understand how sexual abuse allegations can impact your child custody case. As your attorneys, we will focus on how best to represent your interests and achieve your desired goals. Our attorneys have handled countless child custody, divorce, and family law proceedings over the years, and we will work with you to create the best strategy possible in your case. Call our offices today at (973) 868-0958 and learn how we can help you with your New Jersey child custody case.