On October 12, 2018, the Appellate Division handed down an unpublished decision in S.B. v. K.C., a case in which Essex County Superior Court dismissed an application for a domestic violence temporary restraining order and denied a final restraining order.

Plaintiff and Defendant were never married but had one child together, born in August 2007.  The parties lived together for a few months following their child’s birth, until Defendant became incarcerated.

Plaintiff filed her first domestic violence complaint on June 18, 2012.  She alleged that Defendant had hit her during their child’s preschool graduation and threatened to kill her, and also kicked Plaintiff’s car while she was sitting in it.  Plaintiff also laid out a history of previously unreported domestic violence incidents spanning as early as when their child was 3 weeks old.  A trial court judge granted Plaintiff’s request for a temporary restraining order (TRO) pursuant to the Prevention of Domestic Violence Act (PDVA)(N.J.S.A. 2C:25-17 to -35).

On March 2, 2017, Plaintiff amended her complaint to add more incidents that had occurred since the entry of the initial TRO.  The second trial judge granted Plaintiff’s amended TRO and scheduled an FRO hearing for March 16, 2017 before a third trial judge.

A trial court must analyze a case brought under the PDVA by applying the two-prong test in Silver v. Silver, 387 N.J. Super 112, 126 (App. Div. 2006).  The first prong requires the court to determine whether or not a predicate act (as defined by the PDVA) was committed, and the second prong requires the court to determine whether a final restraining order is necessary to prevent the defendant from causing harm to the plaintiff in the future.

At the March 16, 2017 hearing, Plaintiff appeared with counsel, while Defendant failed to appear at all.  Plaintiff gave testimony.  The court issued an FRO by default on the grounds that Defendant had committed the predicate acts of assault and harassment and that Plaintiff was afraid of Defendant.

However, the next day (March 17, 2017) the Defendant appeared in court and filed a motion for reconsideration before the second trial judge, claiming that he (the Defendant) had made a mistake with respect to the FRO hearing date.  When the second judge heard the motion for reconsideration, both parties appeared (Plaintiff had counsel) and both parties testified.  Neither presented witnesses or documentary evidence.  The judge ultimately found that Plaintiff failed to corroborate most of the allegations made in her amended TRO but that she did prove that Defendant committed three predicate acts on two separate occasions.  Even though the judge recognized that Defendant committed predicate acts, the trial judge commented that the incidents were three years apart, and he saw no immediate danger to Plaintiff and therefore, there was no need to enter an FRO to prevent future harm.

Plaintiff appealed.  Defendant failed to file any responsive pleadings.  The Appellate Division found that the trial court had “failed to give sufficient measured consideration to the ongoing visitation issues concerning [the parties’ child] which will continue to bring the parties into contact and almost inevitably be a source of conflict.” The Appellate Division noted that Defendant’s commission of two separate predicate acts were likely to be repeated in the future because of the ongoing issues, and that the trial judge was mistaken in finding that Plaintiff failed to establish the second prong of the Silver analysis.  The Appellate Division reversed the trial judge’s decision, remanded the matter back to the trial court, and directed the trial court to enter an FRO, including parenting time provisions if necessary. 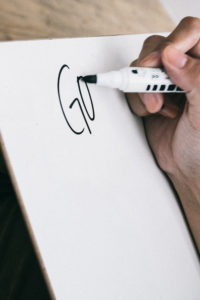 On September 20, 2018, the Appellate Division handed down an unpublished opinion on C.C.E v. C.R.E., a case about a Final Restraining Order (FRO) granted under the Prevention of Domestic Violence Act.

The parties had been married for about 19 years when the wife a non-dissolution docket (often called the FD docket).  The wife’s application resulted in an order granting her exclusive possession of the parties’ marital residence, and, among other things, directing that the husband have no contact with the wife “whether oral, written, direct or indirect, via text, email or social media, except for text or email for the welfare of the children only.” 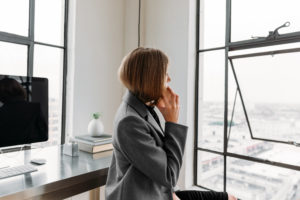 The husband filed a domestic violence complaint against the wife alleging that her posted signs constituted harassment.  The wife filed her own domestic violence complaint based upon harassment and stalking.  At the time of the hearing, the husband proceeded as a self-represented litigant, while the wife was represented by an attorney.  The trial court judge often reframed the questions that the husband was asking the wife during cross-examination (which the husband later used as part of the basis of his appeal). 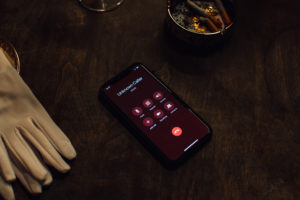 On appeal, the husband argued several points, including that the trial court abused its discretion and violated his constitutional rights by denying him the right to directly cross-examine the wife.  The Court commented that when at least one party is unrepresented in an FRO hearing, a judge is not only permitted to do much of the examination; a judge is expected to do it.  The court reasoned that a judge needs to do much of the examination “in order to seek the truth that might not easily arrive when an unschooled litigant attempts to examine a witness.”  The Appellate Court further commented that refocusing the testimony the husband sought to elicit from the wife did not prejudice the husband’s prosecution of his case nor did they hamper his defense.  The Appellate Division affirmed all aspects of the trial court’s orders, except for the award of counsel fees, which was vacated and remanded for further consideration.